One of the brightest prospects in the comedy world, Neel Kolhatkar boasts a CV rivalling many seasoned professionals. With a subscriber base that had previously garnered him millions of hits on his YouTube and Facebook videos, Neel skyrocketed to Internet fame as a 19 year old in 2013 with a series of punchy and hard hitting Aussie impressions videos. These have since been superseded by popular and provocative short films- in particular Modern Educayshun in 2015 – which has amassed over  5 million views on YouTube alone.

Since winning The Melbourne International Comedy Festival (MICF)’s national Class Clowns Competition at the tender age of fifteen, Neel has gone on to perform at all of Australia’s top comedy clubs and festivals, as well as around the UK and USA by invitation. In both 2010 and ‘11 he was invited to perform at MICF’s Teenage Gala – a showcase of Australia’s best comedians aged 20 or under, and in 2013 Neel was again handpicked by the Festival directors as the youngest of 5 comics to perform as part of its prestigious annual show The Comedy Zone- featuring the finest up and coming comedians in the nation. 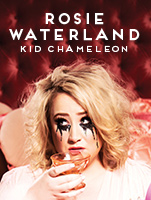